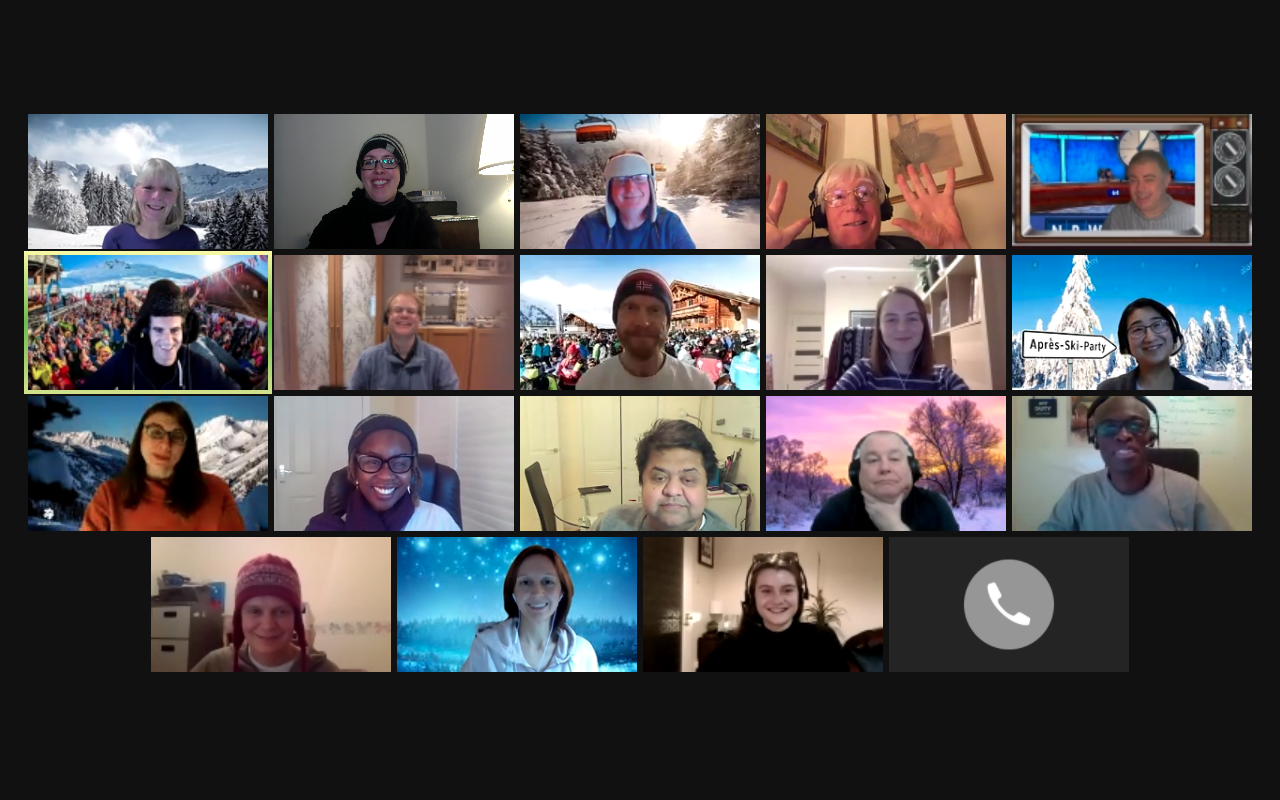 We celebrated Apres Ski with our guests Emma and Peter , Emma kindly took over the role of General Evaluator last minute!

Confabulate was our word of the day, on which we did not lose much time doing but started right away with one of Stuart L.‘s inspiring quotes, this time from George Bernard Shaw!

Margaryta opened our speech session with her Icebreaker My Odyssee. Shetold us the story of her living with her parents at 25. This was not always the case,  she lived 6 years in the United States where  she studied comparative literature. Her plan of permanently delaying adulthood did not quite  work as she got rejected from further studies. She puts this down to her soft and gentle voice, being overheard or perceived as not confident enough. This brought her to Toastmasters. After her stay in the US she is now reunited with her parents in Ukraine where she helps the young country grow by accurate reporting. Fantastic speech debut! We’re rooting for you!

Nicky followed with her speech Limescale, a refreshingly different topic! Unlike the soft water in Scotland, Ireland or Wales the southeast of England is affected by shockingly hard water, the value of calcium carbonate per mg/L being 256 (180 is considered very hard already)! The UKs tab water is nevertheless considered one of the best in the world, and safe for drinking.  Appliances in these regions may have  short life though. Kettles, washing machine cylinders, shower heads and pipes  suffer from build up  and if not descaled regularly, a seemingly small issue becomes a very big one! Digging up your living room sort of big.

Andy held an Icebreaker speech too, No Regrets, as he set off on his second Pathways Path, Engaging Humour.  What do you regret more? Something you have done or something you have not done? He muses over this question  by telling us some personal stories. He regrets going fishing with his father which led to a new car being completely full of maggots and him having to clean them out. He then travels back to the time he admired a roller skater in Picadilly Circus and regretted not having learned to skate. Regretting things you have not done is worse he concludes by telling us of his dream to live in South America growing fruit trees. Great path opening, Andy, it was very humorous!

John picked up our meeting theme with a great table topics session in which Kevin, Peter, Nina Prager, Kartik and Laura told of exciting and fun events.