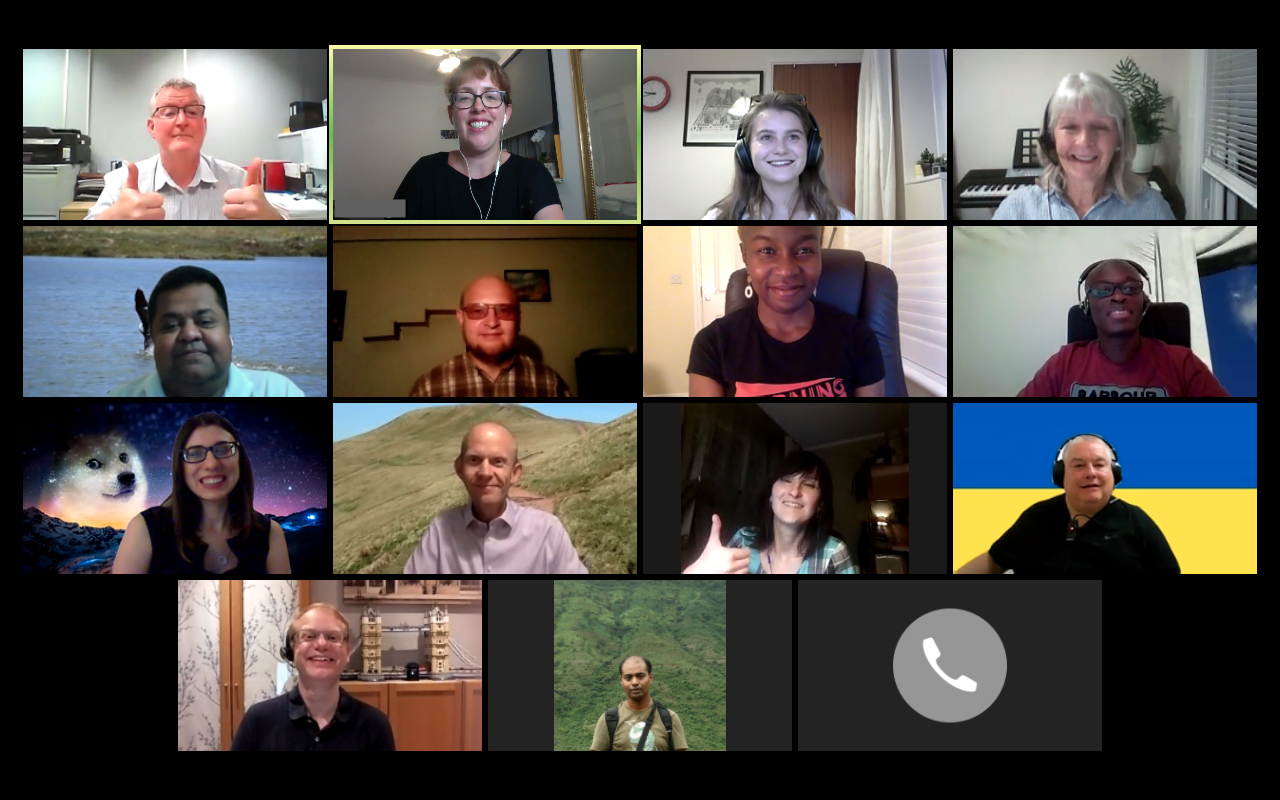 Half the club was on holiday, poor Peter had to deal with water damage, a lot that had to be shifted around last minute. Thank you to Kevin who held a speech off the cuff without any prep!

I wonder if you’ll listen to me because I touched you. Kevin talked about Neuro-Linguistic Programming (NLP) and the powerful word because. Can I use the printer because I am in rush? Will lead more likely to being let to jump the queue than other formulations.
Kevin’s evaluator Andy very observant recognised the title reflected perfectly the 3 parts of speech and delivered the best evaluation of this speech to date (according to Kevin himself,  who had delivered this speech over 30 times!).
Key takeaways from the speech are: Ladies, touch men on the elbow when you want something and John is a great dancer.

Nina M told us a vivid story. About her first ebullient encounter with the HORROR of public speaking. So well told, we were shaking with her! Most of us can very well relate to this horror, it is one of the number one reasons people join Toastmasters. Step by step we learn to overcome our fears, get better and can even sleep the night before. And better we will be. If you do something over and over again there is no chance that you change for the worse. And just look how far Nina has come!
Despite the fabulous delivered speech that got the point across very well, Nina’s evaluator Derek expertly spotted a missed chance to use the rule of 3 technique that would have added the cherry on the cake. First class recommend!

Nataly from Dnipro Hills Speakers Kiev did us the honour to host a special table topic session. Well researched she asked questions about the differences in (bank and public) holidays in Ukraine and Britain.
Ukrainian clubs don’t appoint table topics speakers, they ask for volunteers. And volunteers we had, lots of them! Even Kevin, who did not want to miss the chance to talk about drinking, volunteered. Thanks everyone who raised their hand and participated! Derek, Kevin, Andy,  Ruslan, Liz, Steve and Kartik delivered brilliant topic speeches. Steve accepted the challenge even though he was table topics evaluator!

We did not vote on best speech this time.
Steve convinced everyone with his table topics about British bank holidays and won the best table topics speech.
Elected best evaluator was Andy with his evaluation of Kevin.
Well done everybody!