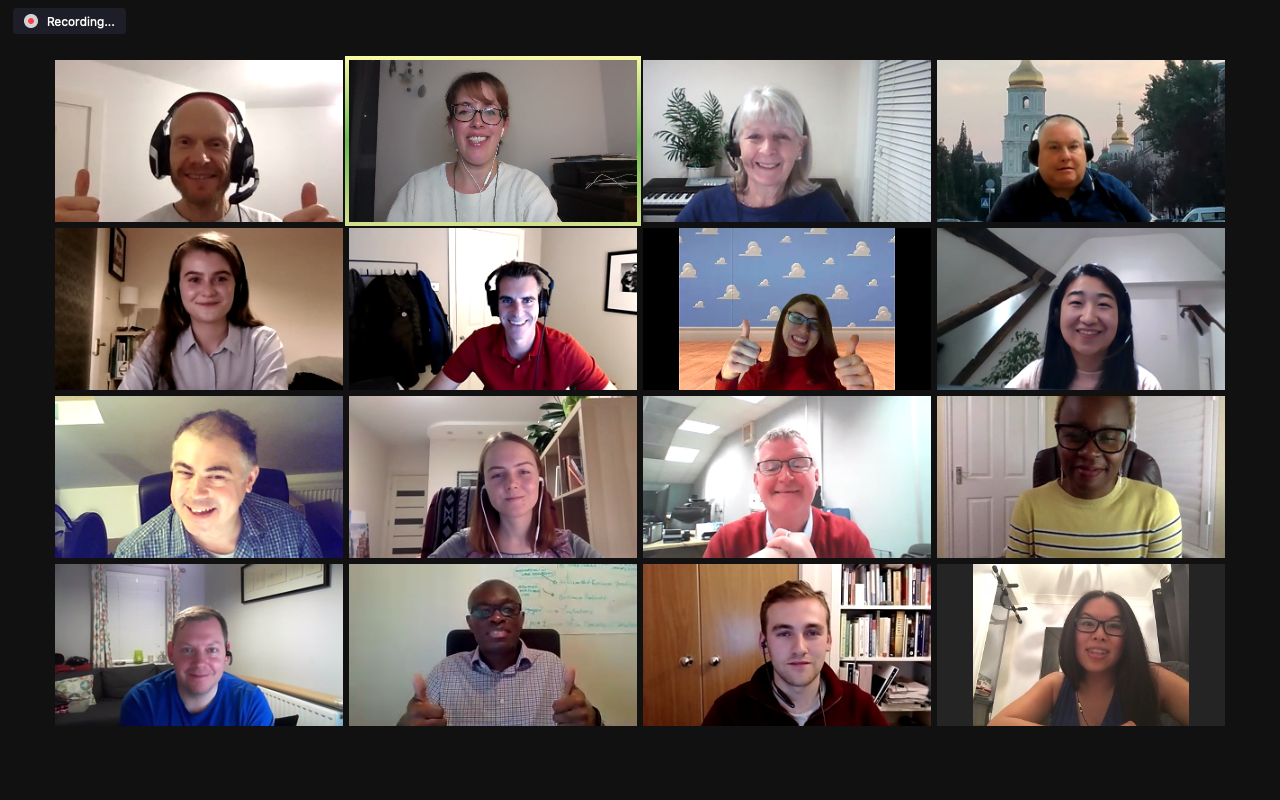 We were joined by 4 fabulous guests, Brad Peters, our area 20 director, Ruslan, and from India  Yash and Neha!

As joke-master, Peter opened the meeting with complimentary peanuts and an out of order cigarette machine. He had fun and we had fun, a win/win situation.

In her speech Speak Out, Nicki told us of a the struggle of using your voice. She wondered why she doesn’t speak out more often. Is she not passionate, not concerned enough or worried that her voice won’t make an impact? She then told us about #EndSars, a youth-led movement to end police brutality in Nigeria which proves that one voice is enough to start a big movement and awareness around the globe.  Thank you for using your voice in this unequivocal powerful way, Nicki!

Kevin, the self-declared epitome of evil was our second speaker. He took the slot with less than 12 hours notice. Impromptu speaking at endboss level! In Don’t be led up the garden path Part 1 (of 6) he explores what influences us to do things we had no intention of doing.  Reciprocity is one of these influencers. If someone gives you a present you will usually want to give them a present back.  He used a brilliant example, the very funny story  of Penny’s gift to Sheldon (in The Big Bang Theory). We look forward to learn more in parts 2-6, Kevin!

In Toastmasters DTM – A new approach, John  explained to us the the accomplishment  Distinguished Toastmaster, what it takes to get it and how it evolved from previous Toastmaster achievements. The path to DTM encompasses education (2 completed pathways), club leadership, district leadership, club extension and club support. His speech was followed by a lively question & answer session, which showed the genuine interest  in the subject. We already have 2 DTM in our club, Kevin Baggs and Steve Campion, and by mid 2021, we will have a third: John!

In the table topics session Nina P had everyone think back to our last meeting, in which we hosted a voice workshop and asked a few questions around how we use our voice. Margaryta, Brad, Derek  and Peter answered these questions very skilfully.

Our winners of the evening are: Nicki speaking up and using her voice, Anna evaluating Kevins’s speech and Margaryta musing on when she breaks into song.  Well done everyone, fantastic meeting!