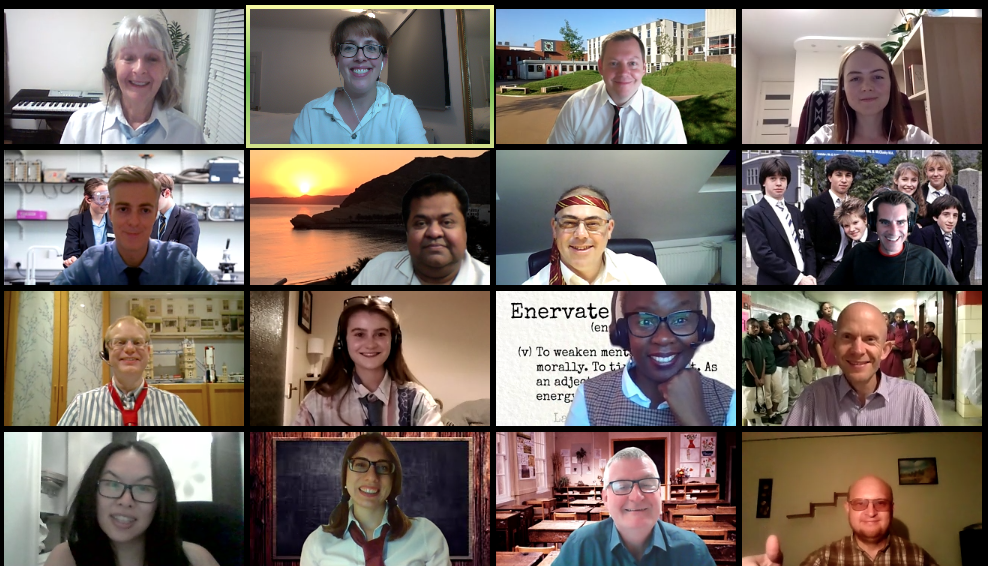 We had a great meeting on Tuesday, themed Back to School. Almost everybody wore their shirt and tie. Subjects covered Storytelling, Games, Electronics, Ancient Greek Mythology, French, Spanish, Maths, and History. Enervating, you might think, but not at St. Toastmasters!

Stuart L opened the lecture with an thought provoking quote from Bertrand Russell and Nina M made us all laugh with the chips order in the library.

Peter opened the first lesson with his Icebreaker speech Peter L…  2 of his passions are (neither paper or figs, who would have thought?) table top games, especially the game Carreers, and home electronics. He is both geek and nerd in different disciplines, and we heard a few personal stories about it. He joined EHS to get more comfortable in speaking in front of an audience. It was an excellent kick off to his Toastmasters career and we wish him success and happiness during his journey.

In her speech Antifragile, Nina P introduced us to  Nassim Taleb’s book – Antifragile, Things that gain from disorder. Antifragility is the ability not only to recover from a blow but come out of it stronger. Creating options, managing risks and avoiding what makes us weak are 3 simple ways to implement this concept in our lives and be our own version of the invincible Hydra. Embrace the chaos, see it as an opportunity to get stronger!

J’ai vingt ans. Why the French say “I have 20 years” instead of I am 20 years old, we will never know… Steve opened his speech Speak slowly and loudly in French, though  we are happy he switched back to English soon after. He took us on his journey of trying to learn  Spanish as an 8 year old, later French in school and returning to Spanish as an adult with help from the app Duolingo. His secret to learning a language: Consistency and repetition.  ¡Exacto!

Table Topics teacher Mark had us think back of our school days and we heard personal and fun stories from Nina M, John, Margaryta, Ruslan and Nina P. Really fun table tools session!

Drum rolls please – was it ever mentioned we got real drum rolls in our meetings  – for the winners of the night:

Steve’s excursion in the world of learning languages won him Best speaker. Bien fait, mon ami! John delivered the best evaluation of Steve’s speech. Nina P shocked everyone with her dark exam-cheating side and won best table topics.
We did not vote on best adaption of the shirt & tie theme, but would like to nominate Peter, who wore the tie as a headband. A+ for creativity.
Well done everyone!